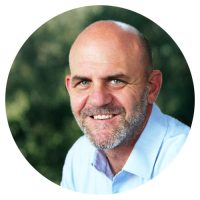 Prior to joining ProAgni, Ashley Sweeting was Australia GM for the animal division of Life Biosciences, a Harvard affiliated biotech. In this role, he led early-stage commercialization of research that improves reproductive performance, combats metabolic disease, and delays the onset of age-related disease across numerous species. Ashley defined and executed the strategy for the company’s leading product to market including trials, partnerships, and regulatory strategy. He also managed their cloud-based, data tracking company.

Ashley has worked in Australia, Asia, the Middle East, Africa, and Europe on programs to improve agricultural productivity and sustainability, combat famine, communicable disease and improve livelihood for UNFAO, UNICEF, the International Red Cross, and others. He has also reported for PBS, BBC, Financial Times, and ABC (Australia).He has a Graduate Certificate in Data Analytics from Boston University, an MBA, and a Bachelor of Science in Agriculture from Sydney University.

Back to our people